1. The first thing we need to do after entering the game is to find the five items of the military officer in the specialization (speciality) page, including the headshot kill bonus, the multiple kill experience bonus, the weakness bonus, Tactical kill bonuses and bonuses that last a long time. Although these medals do not look very good in the experience given by a single enemy, but because the game you encounter in the process of upgrading a lot of enemies, the so-called accumulation of more, you will find the experience of these five medals plus It is very impressive; this trait has a total of 5 levels. 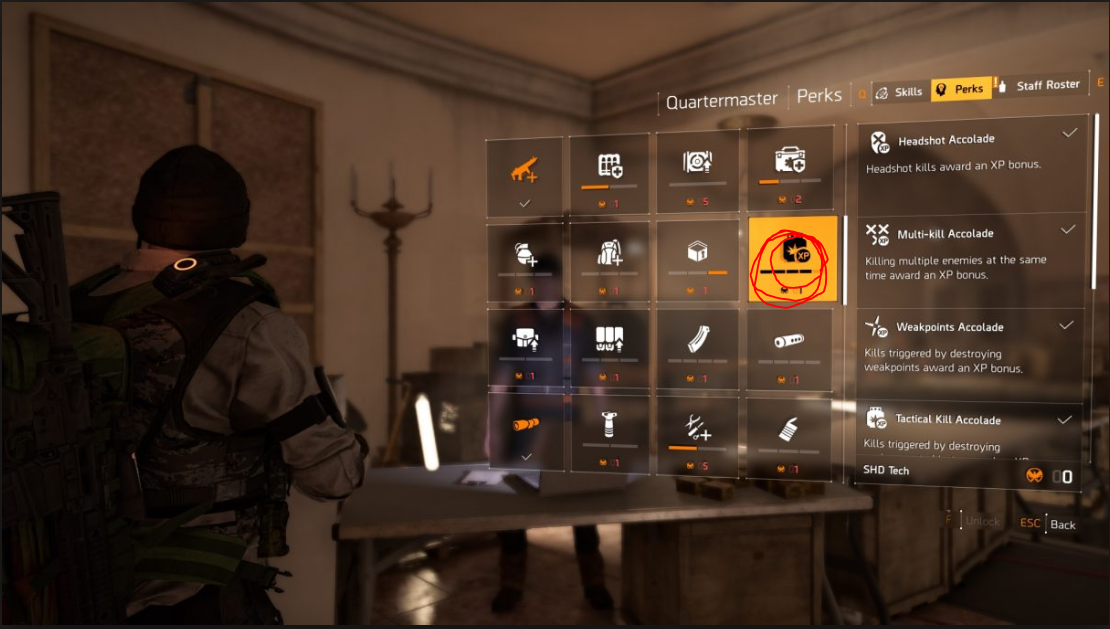 2, increase your chances of survival, not only can add the above experience of long-term immortality, but also reduce the number of times the player has to redo the task due to accidental death, not too wasteful time;


In order to ensure the survival rate, the drone skill is the preferred patching branch. This repair drone can repair the armor value for the player in three minutes. It can be said that there is a battlefield doctor on the battlefield to follow the feeling of being born and dead at any time. Repairing the drone can also restore the armor value of the teammate, which is very effective in ensuring the survival rate;


In addition, in the chemical emitter branch, it is also recommended to use the enhancer branch. This enhancer can repair about 5 grids of armor within 5 seconds within a certain range, and can be used continuously for 3 times. Therefore, it is theoretically possible to repair the armor of the player's 15 plaid, and the cooling time is also very short, which can be said to be one of the best artifacts for novice players;


Since the player can only carry at most two skills in the game, if the above two skills are still used frequently, in addition to reviewing whether their own gameplay is too radical, you can actually use the recovery branch in the cell to recover. Cellulars can resurrect dead agents, including themselves. However, if the player prefers a single brush, this skill may not be a good choice, because the single brush situation is killed and the general situation is only when the fire is set, so even if you are resurrected, it will be quickly killed. In fact, it has no effect

@Copy Right for All image: CLICK HERE FOR THE LINK